Rockers from the land of reggae 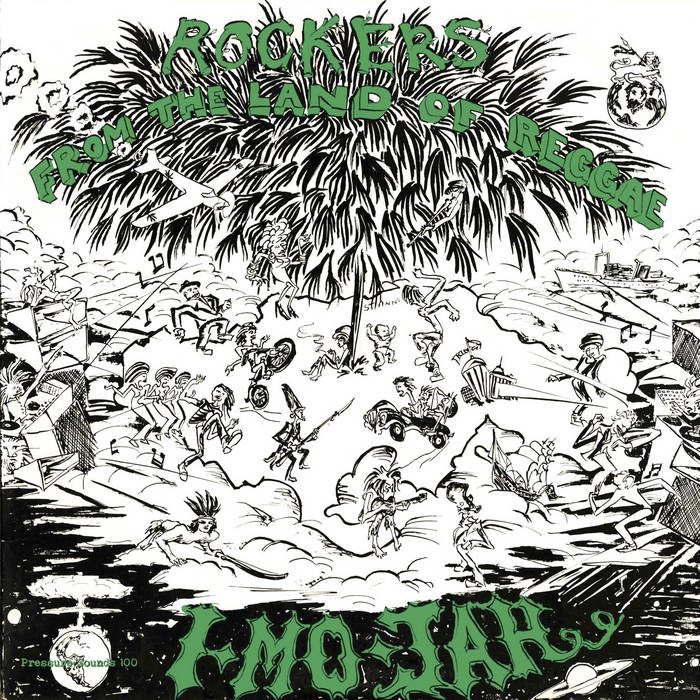 The 100th release on Pressure Sounds is the brilliant set of ‘Rockers from the land of reggae’ this album was originally released in 1982 and has never been re-released since. Its some what amazing that this album has never been made available since its first release. Now re-mastered and with bonus tracks. An essential release for all fans of roots music. I Mo Jah only ever made one album and it was exceptional. The sleeve was a hand drawn illustration by Magnus Johnson a prime mover in the Boston hip hop scene and cult radio Dj. He later went on to be celebrated artist in the Boston area.

Featuring Oakland sounds from the Smart Bomb collective and Samplelov.